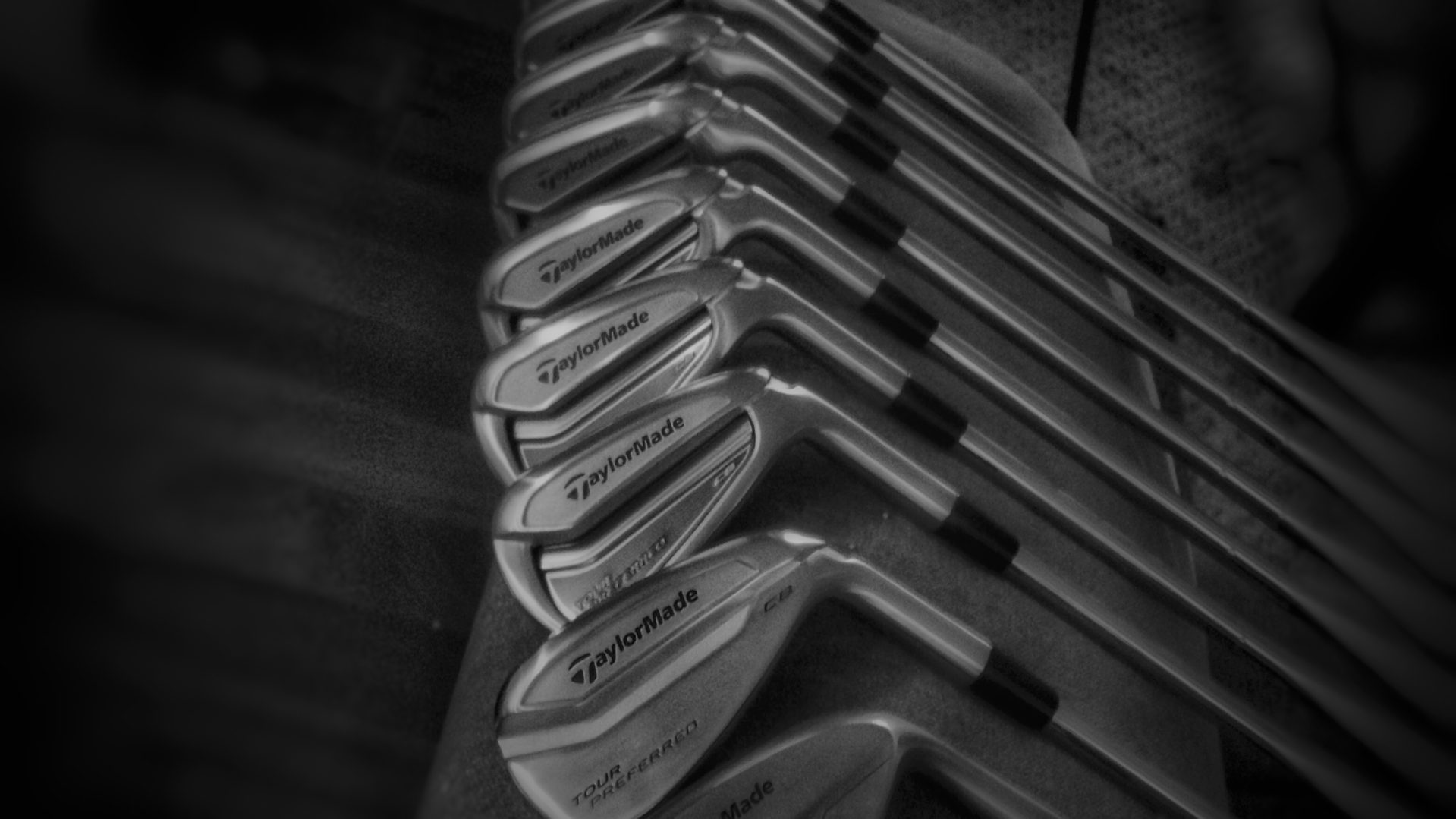 About a year ago, I was in the market for some new irons. For a little background, I started playing golf just over three years ago. All of my buddies, including The Fade contributor Nate, played golf in high school or recreationally but I never picked up the sport. Then one day in the summer of 2014, I picked up an old 5-wood I had laying around the house (I think it was my grandfather’s) and went to the range with the crew. Shortly thereafter, I was hooked. Take a look at this fundamentally sound swing that I had right from the start!

So after that range session, I started looking at starter sets to purchase so I could go out on the course and actually play. I settled on a Top Flite 13-piece set that had everything I needed to hack my way around the course. About a year in and after multiple 100+ rounds, I had gotten my handicap to around 15 and I started to realize that this bag of equipment that had cost me less than my current driver, might not be providing me with the best opportunity to shoot lower scores. So I began my search for a new set of sticks. I was looking for an iron that had a much thinner top line than that of my current set, but I wasn’t sure that I wanted to go full blade just yet. Then I came across the Taylormade Tour Preferred CB’s. They had the look of a blade, with a smaller cavity back to the point where it almost looked like a forged iron. I immediately placed my order for them after finding a solid deal online, just over $300 for 4-iron through AW.

So after using them for about a year and a half, how have they fared? They’ve been fantastic. It was tough sledding in the beginning since they aren’t as friendly as the game-improvement irons I had played previously, but this forced me to focus on solid contact and I think it has helped me in the long run. Although they might not go as far on off-center hits, the increase in spin I’ve seen when using these irons has been well worth the slight decrease in distance. I’m able to hold greens much more consistently and can even get some pull back on the occasional short to mid-iron approach shot. My distances are also much more consistent, albeit a tad shorter. I don’t get the shot that randomly goes ten yards further than I was expecting, or the shot that takes a huge bounce because it has so little spin on it. I get out what I put in and I’ve grown to appreciate that. The long irons have a slightly thicker sole to them to provide a little more help than the shorter irons and help with launch, but it’s tough to notice when you put the club down behind the ball. The 4-iron and 5-iron are the only clubs where you can see the cavity on the back when the club is grounded, which I’m okay with. Hopefully you can get an idea of the shape of the club from the video below (and an updated view of my swing, much better than the one above!).

So who are these irons for? I would say anyone who wants to be able to hold a few more greens and doesn’t mind looking at a thinner iron down behind the ball. To some that makes the iron seem harder to hit, but for me it makes it seem easier to pick the ball off of the turf, which is what I envision when hitting an iron. I would recommend that if you’re interested in buying these irons, go try a bladed iron at your local Golf Galaxy or Dick’s Sporting Goods and see if you’re okay with the thinner looks of the club. If that doesn’t bother you then these irons will be just fine for you, but know that they will have a slightly thicker top line and will offer a little more forgiveness than the clubs your are trying in the simulator or on the range. If you needed any validity as to the quality of the lineup that Taylormade has offered here, as of the writing of this post, current world #1 Dustin Johnson is still playing the full blade version of this club and they were released nearly three years ago. If you’re interested in buying them, I’ll include a link to Taylormade’s website to purchase the set, but keep in mind you can find a much better deal on third-party sites such as eBay. I hope you enjoyed this review, and keep an eye out for more equipment reviews coming very soon!